The Great Plague of Vienna occurred in 1679 in Vienna, Austria, the imperial residence of the Austrian Habsburg rulers. From contemporary descriptions, the disease is believed to have been bubonic plague, which is caused by the bacterium Yersinia pestis, carried by fleas associated with the black rat and other rodents. The city was crippled by the epidemic, which recurred fitfully into the early 1680s, claiming an estimated 76,000 residents. Wikipedia Reference » 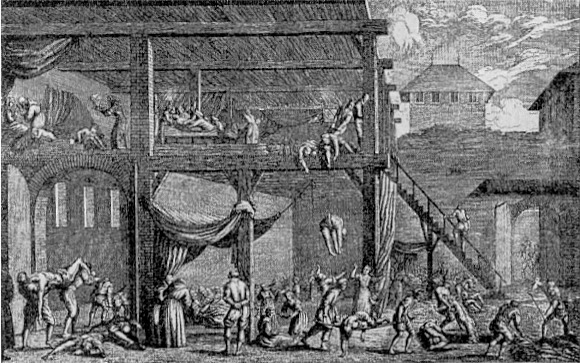