The 2008 Zimbabwean cholera outbreak was an epidemic of cholera affecting much of Zimbabwe from August 2008 until June 2009. The outbreak began in Chitungwiza in Mashonaland East Province in August 2008, then spread throughout the country so that by December 2008, cases were being reported in all 10 provinces. In December 2008, The Zimbabwean government declared the outbreak a national emergency and requested international aid. The outbreak peaked in January 2009 with 8,500 cases reported per week. Cholera cases from this outbreak were also reported in neighboring countries South Africa, Malawi, Botswana, Mozambique, and Zambia. With the help of international agencies, the outbreak was controlled, and by July 2009, after no cases had been reported for several weeks, the Zimbabwe Ministry of Health and Child Welfare declared the outbreak over. In total, 98,596 cases of cholera and 4,369 deaths were reported, making this the largest outbreak of cholera ever recorded in Zimbabwe. The large scale and severity of the outbreak have been attributed to poor sanitation, limited access to healthcare, and insufficient healthcare infrastructure throughout Zimbabwe. Wikipedia Reference » 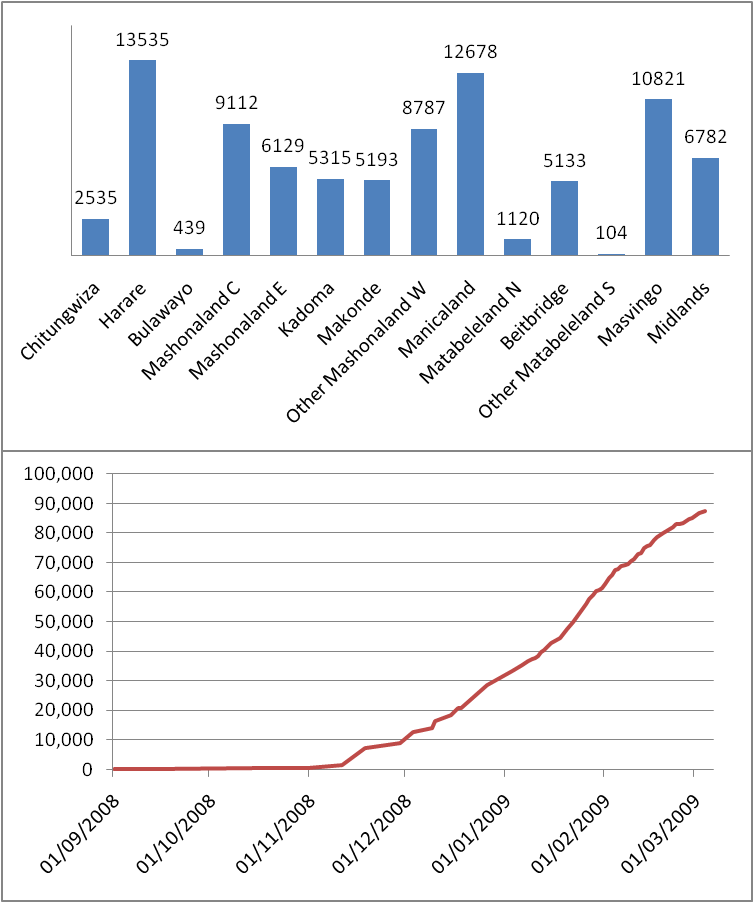