The Western African Ebola virus epidemic was the most widespread outbreak of Ebola virus disease (EVD) in history—causing major loss of life and socioeconomic disruption in the region, mainly in Guinea, Liberia, and Sierra Leone. The first cases were recorded in Guinea in December 2013; later, the disease spread to neighboring Liberia and Sierra Leone, with minor outbreaks occurring elsewhere. It caused significant mortality, with the case fatality rate reported which was initially considerable, while the rate among hospitalized patients was 57–59%, the final numbers 28,616 people, including 11,310 deaths, for a case-fatality rate of 40%. Small outbreaks occurred in Nigeria and Mali, and isolated cases were recorded in Senegal, the United Kingdom, and Italy. In addition, imported cases led to secondary infection of medical workers in the United States and Spain but did not spread further. The number of cases peaked in October 2014 and then began to decline gradually, following the commitment of substantial international resources. As of 8 May 2016, the World Health Organization (WHO) and respective governments reported a total of 28,646 suspected cases and 11,323 deaths (39.5%), though the WHO believes that this substantially understates the magnitude of the outbreak. On 8 August 2014, a Public Health Emergency of International Concern was declared and on 29 March 2016, the WHO terminated the Public Health Emergency of International Concern status of the outbreak. Subsequent flare-ups occurred; the last was declared over on 9 June 2016, 42 days after the last case tested negative on 28 April 2016 in Monrovia. Wikipedia Reference » 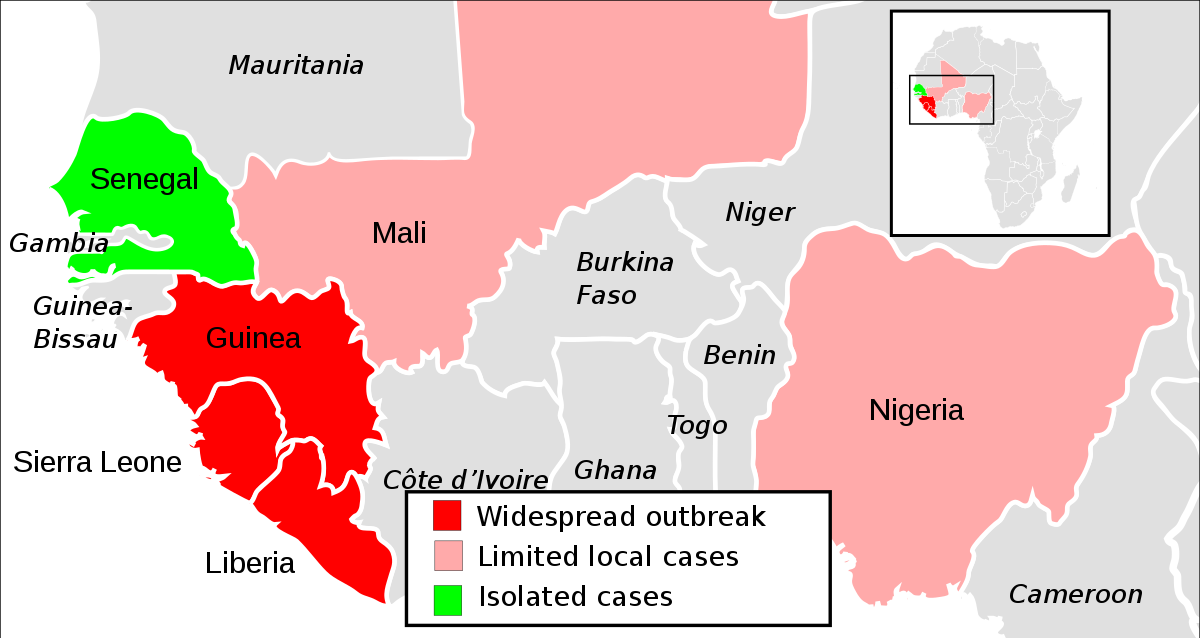