The Italian Plague of 1629–1631 was a series of outbreaks of bubonic plague which ravaged northern and central Italy. This epidemic, often referred to as the Great Plague of Milan claimed possibly one million lives or about 25% of the population. This episode is considered one of the later outbreaks of the centuries-long pandemic of bubonic plague which began with the Black Death. Wikipedia Reference » 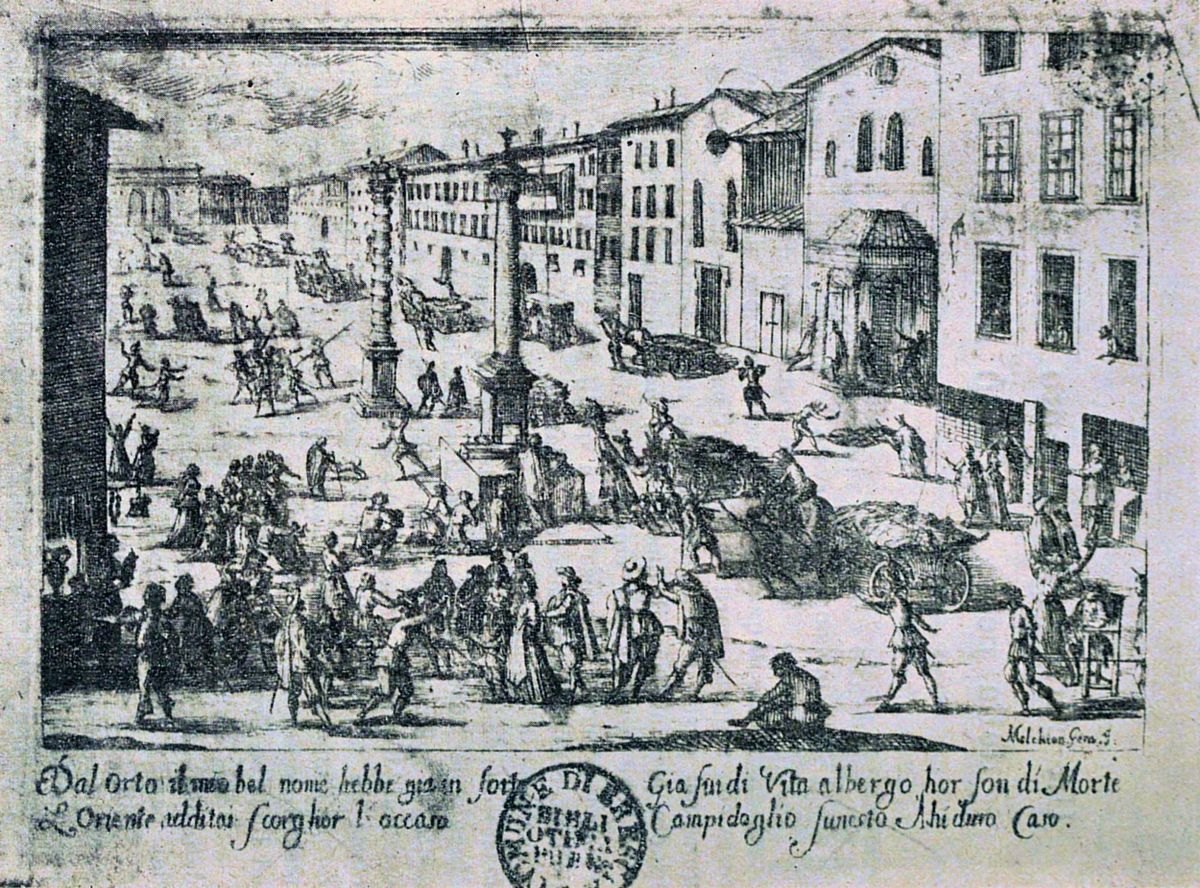